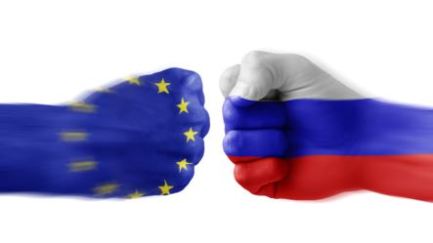 Well, this is my first article here and I’m very excited as I write about geopolitics – a word that I have learned at a relatively late age, so please don’t judge too harshly.

The focus of my piece will be the ongoing tug-of-war between Russia and the European Union over the six countries of the former Soviet west – Armenia, Azerbaijan, Belarus, Georgia, Moldova, and Ukraine.  Four of these – Armenia, Georgia, Moldova, and Ukraine – were set to initial Association Agreements with the EU at the Eastern Partnership summit in Vilnius, Lithuania that is underway as I write this.  Georgia and Moldova did so, while Armenia and Ukraine did not.  The latter two withdrew their European ambitions instead opted to join the Moscow-sponsored Customs Union (CU) of Russia, Kazakhstan, and Belarus.

My article focuses on Armenia’s withdrawal specifically.  Of course, the title is ironic – Armenia had no choice in the EU-vs.-CU dilemma, as hard and unpleasant as it may be to state that. Even the most vocal critics of the current administration criticize the authorities not for choosing Russia’s Customs Union, but for selling the deal too cheap.

What makes Armenia’s move toward the EU unrealistic are two simple facts: security and energy. Both are vital and both are in the hands of Russia.

Much has been written about this, so I’ll skip to a more relevant question: now what? 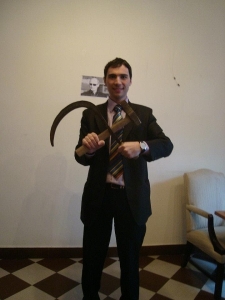 The main reason why many Armenians are not crazy about joining the Russian Customs Union is not the Russian people, culture, literature, or cuisine. The problem is corruption. Armenians (like anybody else) don’t like being screwed over by their government. We have plenty of that happening here and we were hoping that the EU would gradually twist our arms into becoming a law-abiding nation.

Now with Armenia’s U-turn, that is not going to happen.

Russia, on the other hand, offers security, cheap gas, and so much corruption that they make the Armenian oligarchs look like Justin Bieber (as you know, Justin Bieber is not corrupt).  Just to give a reference point of how corrupt Russia is I’ll cite a personal example. Last year, the Russian police stole my cousin’s car in Moscow.  Yes, police officers broke into my cousin’s garage in a Moscow suburb and actually stole his car. He saw them, tried to stop, but they told him to keep out of this to avoid “bigger trouble.” Now, Armenian police do a lot of gross stuff – they take bribes (a fixed sum, by the way), often break traffic rules, etc. – but they don’t steal cars.

It is probably going to be more difficult to build democracy, forge good governance, and protect human rights with the Russian presence. However, it is important to keep in mind this: it is today virtually impossible to silence speech and dissatisfaction through general communication. I can hardly imagine a situation where an established government can control a society effectively. The Soviet Union pulled off some 70 years and that was even before internet!

Now, what was attractive about Europe? What we like about Europe and what we mysteriously call “European values” are not smiley faces, good cars, and cheap tickets to Italy (that too, though), but a non-corrupt, transparent system of government. Like hopeless alcoholics, we are trying to toss ourselves into a rehab, where caring Europeans will cure us from the addiction (in our case – corruption).